Cape town trip and other things

So March arrived and I was in CT ... trying o tick one of my places off the bucket list. I did make it to Boulders beach and around the Cape point, was a beautiful drive around the coast.


So my first weekend was really jammed packed went for a pool party then to Shimmy which I've been dying to go for the last 3 years and I finally got to go. Was an  amaaazing night out with boys.. as expected :) Long street on Saturday night never disappoints was crazy insane, hitting Bobs bar is always a must to experience the total madness of long street.


Anyhoo Monday rolled right along and I was going for  a doctors check-up since seeing I was in CT, I was excited and then I wasn't :( Doctor said my knee was tangled and shredded apparently around my new knee contraption sooo I has to replace it with a button and do a patella resurfacing.


Its one month later and a 20 cm scar down my knee later but sort of healed, just fucken sucks I tell you. When will all this  end I hate being on crutches and unable to stand for long but that's life I guess.


I need a award for Something ... anything something mmm.. let me think about it but I deserve it for going through all this shit with a smile on my face.
Posted by Nadia at 6:41 AM No comments:

what doesn't kill you makes you stronger....


That's what they all say.


I feel weaker, like its taken a lot out of me and like its going to keep taking until I have nothing left to give.

New Year but i be crawling where i wana go

Working in a university enviroment the new year always leaves you exaughsted and too tired to function.

Its beyond insanity pushing your mind and body to its limits with hundreds of student queries.Next minute you blink and its end of february.Its being a tough month to get through and my body not in working condition really sucks the life out of me.

My mind wants to do so much but i cant, i made a 2016 travel bucketlist in january; thought i wouldnt be heading for hospital this year but that shit is happening but like fukkit i will still make it and tick off places i can make it to.
I want to do local places this year and leave December holiday plans up to the hubby.

So its been a year since my operation. Yay! one year ago since my new knee - leg watever. I started with biokentist on campus every week and gym in the evenings.Some weeks i over do it and have to sit out training or excercising  for a week.I trip and my  legs pain but i get up again. I'think its about getting back up again always after you fall or you get a setback.

You have to help yourself cos everyday is a struggle, you have to motivate yourself because you can't be like the rest.They wont break but you will.
Life is busy and carries on all of a sudden you dont have time to play games or worry about petty things or petty people, you just trying to survive.

I cant measure up to anyone cos i dont know anyone who has the same op as me.So its hard to know where my limits are or am i just being lazy and letting myself fall behind 'im so good at doing that'.

But im better and im getting there... i have to be.

Happy Birthday to me

Strange enough this year i dont have that overwhelming feeling of anxiety..that fear of I'm not where I suppose to be.Its a feeling I get every birthday where I analyze my life and where I really am on the measure up list.
Its been a hard year and I'm glad it's over,  for me well''
.I've learnt a lot this past year especially patience and perseverance. Nothing worthwhile comes easy.There's been these moments,,they came not once but many times where I felt helpless and like nothing can be worse than not being able to help yourself do the simplest of things, and then it I had to ask for help or let someone help me cos I can't do evrthing myself no matter how strongwilled or independent I think I am.
I realized that when I get older my parents won't be around to help me when I'm at my worst and you can't really rely and on anyone else to give u the help you need so what do u do...something I need  to think about!!
I feel at ease and calm I don't have to be anywhere or be anything at this moment.I'm just trying to make it through the day.
Posted by Nadia at 4:16 AM No comments:

Thinking back to the last years of my granny being alive, she always dressed up showed up  and wanted nice things.I still remember her in hospital asking me to get her a  new black bag.Her spirit never gave up, no matter how old or how sick she was.

So i sit here a week before my next operation,i feel like giving up on everything and like everything is at its worst, then i remember my granny and her amazing fighting spirit and zest for life.

I can do it.Just another obstacle in life.Its not the end.

Smile.. for no reason

It's so impossible to be invisible . everybody sees you,studies you and asks whats up with you?? I dislike seeing people i havent seen in ages

Now you have dress up and make up for being the centre of attention even though you rather just blend in with the wall or the crowd around you.
Posted by Nadia at 2:06 AM No comments:

You Capture My heart 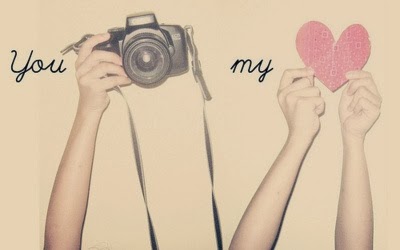 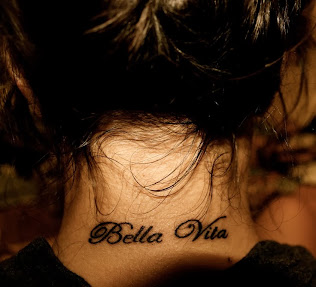 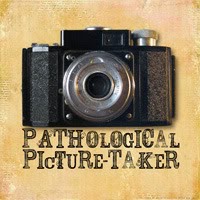